Stories and legends are told and retold about many companies and StarForce is no exception. For 15 years we have collected a number of the best stories; some of them are funny, some are scandalous and some can be rather instructive. Here for your entertainment are three and a half short stories with as subjects our affection for Star Wars, some gifted hackers, cats and of course our end user customers.

Only a person who is really light years distant from ‘a galaxy far, far away’ fails to see an association between StarForce and Star Wars. The first episode of the Star Wars saga was released in 1999 and that was just when our protection system was being created with an intensive software effort. According to the memoirs of contemporaries the release of the film was a big event for all who felt they could be intimate with Luke Skywalker on Fridays and Darth Vader on Mondays. We felt it too and there was а ‘Star Wars’ poster on the wall of the room where the intensive system design was progressing and this poster gave us a special atmosphere.

When we were preparing our protection system for a new release the team worked days and nights. And when people are very tired the way they talk can change. Our team started to use Yoda style: “take coffee from that red can, you can” or “to think about our universe (in a game) protection, I am going”. As you can predict the reply “may the Force be with you” was used rather a lot.

Once an ordinary person came to visit our office. He was an electrician and didn’t know anything about Star Wars and all this stuff. He came to replace some lighting in the room where the developers worked. The room was small and crowded and the electrician had to explain the purpose of his visit: “Uh, a light bulb, I need to replace”. From all the desks at once came a synchronised pronouncement: “May the Force be with you”. He looked around and said: “But I can do this myself”. And when he was changing the bulb he grumbled to himself: “What force did they mean? What are they doing here?”

This funny little game helped to give us a positive feeling and contributed to coordination and teamwork. So when a decision was needed about the name for the protection system, there was no doubt about it – StarForce. 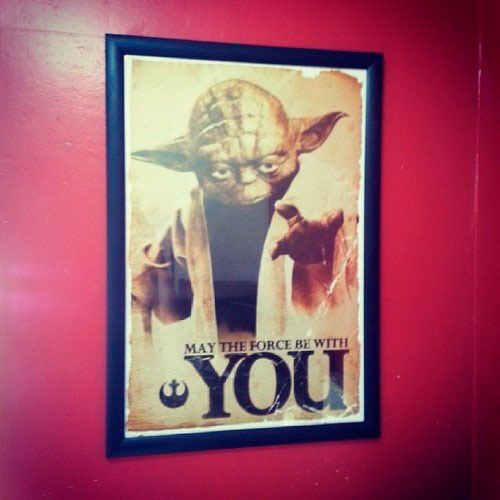